Board of Commissioners & Staff 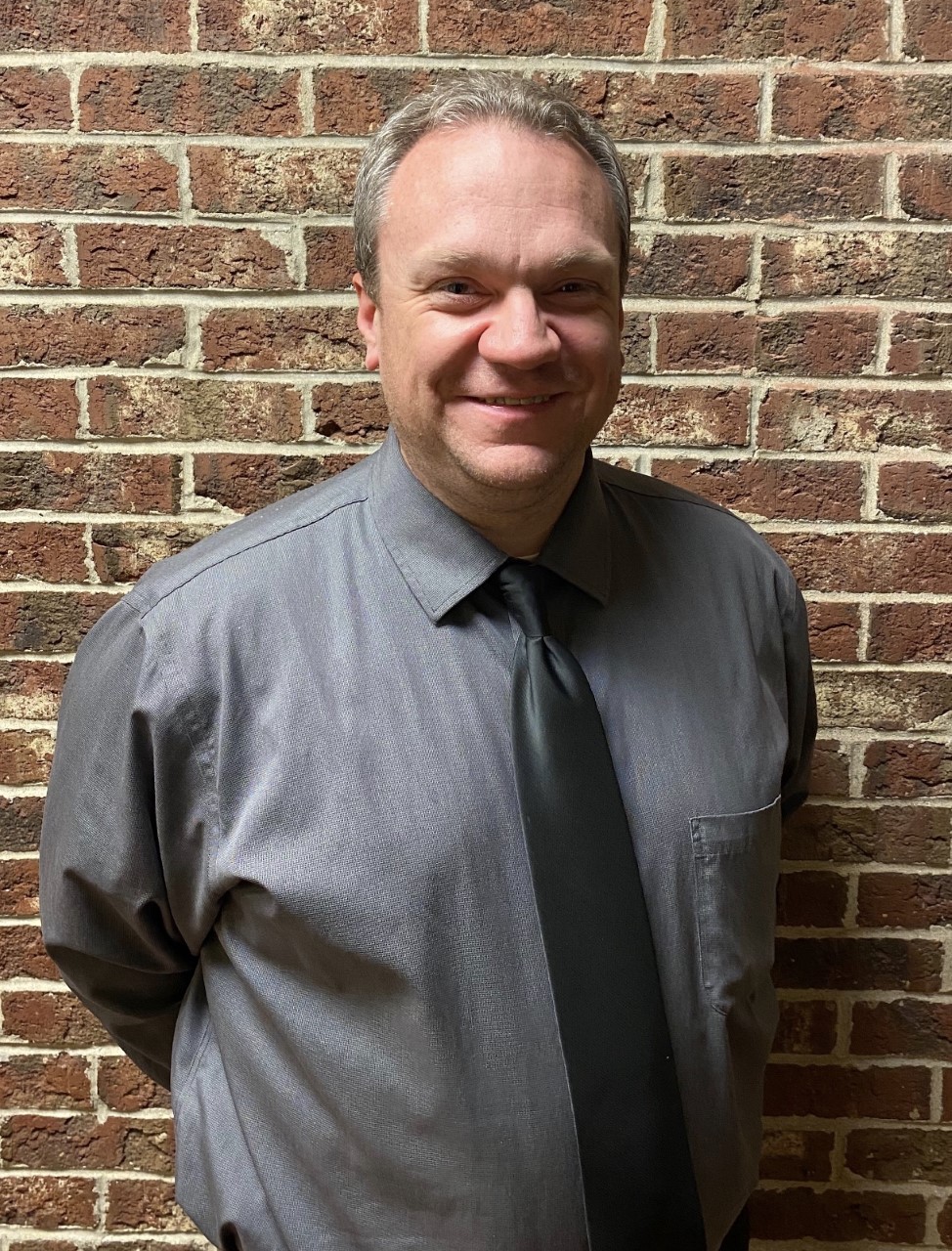 JIM KEARNS JR., President — Commissioner 2025
jkearns@nbpd4fun.org
Jim Kearns Jr. began serving on the Board of Commissioners in December 2011. Since that time, Jim won re-election in April 2013 and 2019, he is currently serving as President since August 2020.
Jim is a lifetime Berwyn resident along with his wife Paula, and their three children Benny, Bella and Billy. Jim is a Custer (Prairie Oak School),Lincoln Middle School and Morton West High School alumni.
Jim has been employed at Berwyn North School District 98 since 2005 as an Elementary School Teacher, since 1998 he has worked as an usher for the Chicago Cubs at Wrigley Field during the baseball season.

JEANMARIE HAJER-O'CONNOR, Vice President — Commissioner 2023
jhajer@nbpd4fun.org
Jeanmarie Hajer-O'Connor began serving on the Board of Commissioners in 2005. Since that time, Jeanmarie has been elected to the Board of Commissioners continuously, she is currently serving as Commissioner. Jeanmarie also serves as the Freedom of Information Officer for the Park District.
Jeanmarie was instrumental in obtaining the grant used to rehab the building located at 16th & Elmwood, which currently houses the 16th Street Theater. She is proud of the successes of Club 55 and the activities offered to the senior community, Jeanmarie is also looking forward to the prospective renovations and improvements at the Park District.
Active Member: National Recreation and Park Association, and Illinois Association of Park Districts.
Freedom of Information Officer 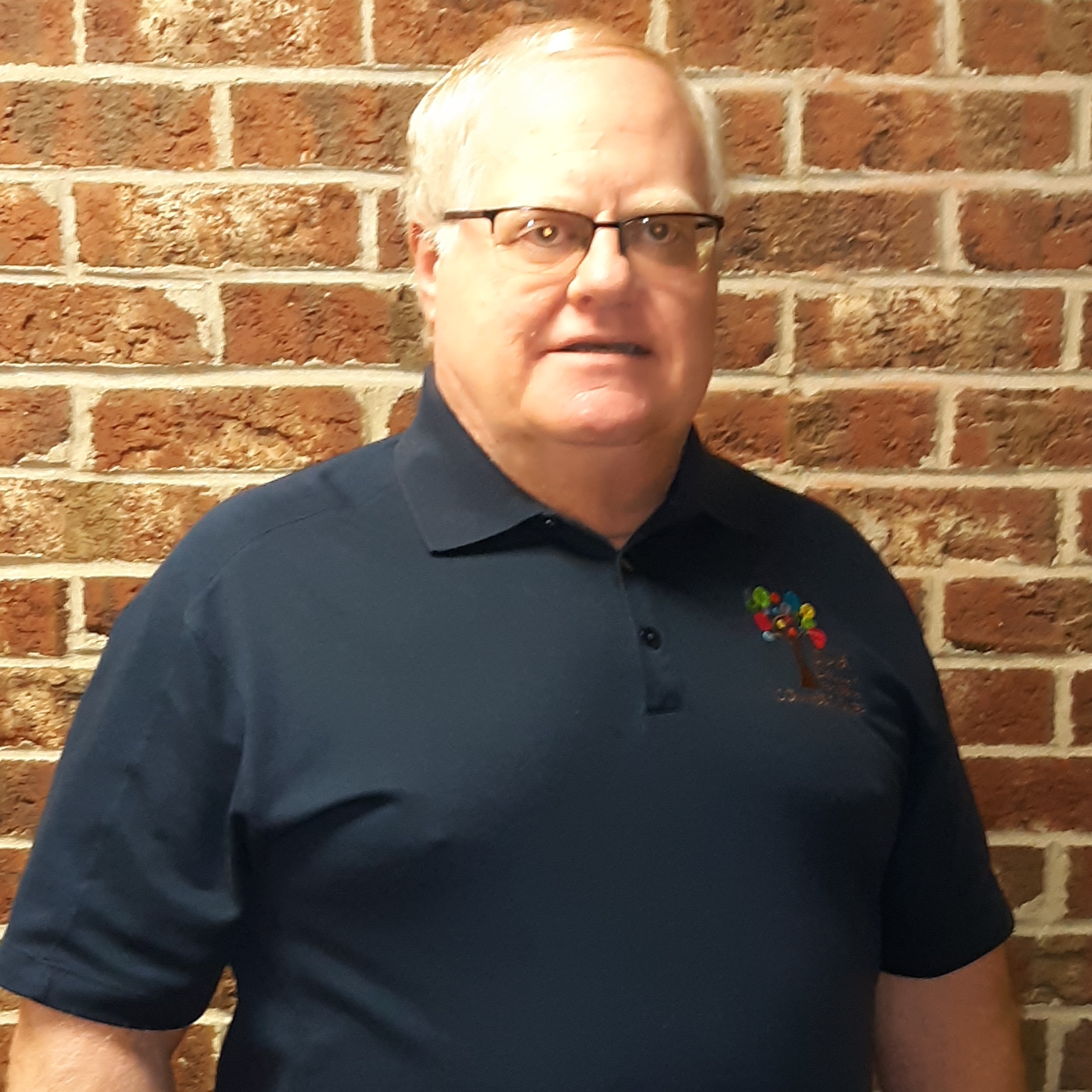 MARK SLADEK, Treasurer — Commissioner 2025
msladek@nbpd4fun.org
Mark Sladek began serving on the Board of Commissioners in November 1998. Since that time, Mark has won re-election in 1999, 2001, 2006, 2013, and 2019. Mark has held several positions on the Board of Commissioners, he is currently serving as Treasurer.
Mark, who was born in Berwyn and raised in Cicero, currently resides in Berwyn with his wife Loretta and younger daughter Carol, his older daughter Stephanie is a Speech Language Pathologist out of state.
Mark graduated from Morton East High School and received his Bachelor of Science in Recreation Administration from George Williams College. Mark worked as an Administrative Analyst specializing in finance and budgets. He retired in December 2012 with more than 30 years of service with the Forest Preserve District of Cook County.
Active Member: National Recreation and Park Association, Illinois Association of Park Districts, and Illinois Park & Recreation Association 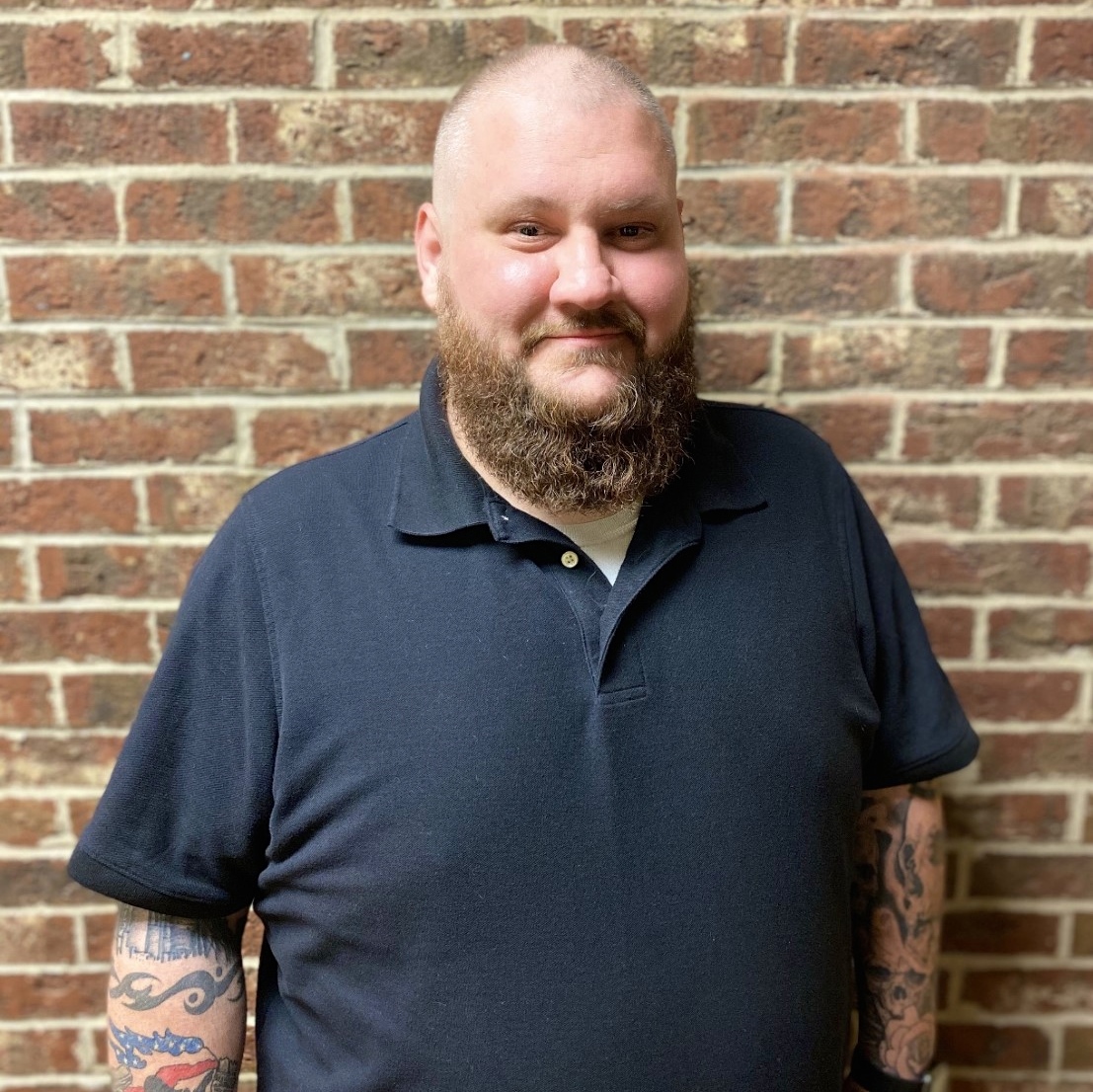 JOHN KEARNS, Commissioner — Commissioner 2027
johnkearns@nbpd4fun.org
John Kearns began serving on the Board of Commissioners when he was appointed in December 2019.  John is a life-long Berwyn resident along with his daughter, Lizzy.  John is a Custer (Prairie Oak) School, Lincoln Middle School, and Morton West High School alumni.John has been employed as a security guard since 2008.  In his spare time, John enjoys riding his motorcycle with members of his Motorcycle Club.  John has participated in several volunteer/fundraising experiences through Ride Janie Ride, Wounded Warrior Project, and Toys for Tots.John is looking forward to working with fellow commissioners and all stakeholders in assisting the North Berwyn Park District’s continuous growth and for it to be the best place for our community. 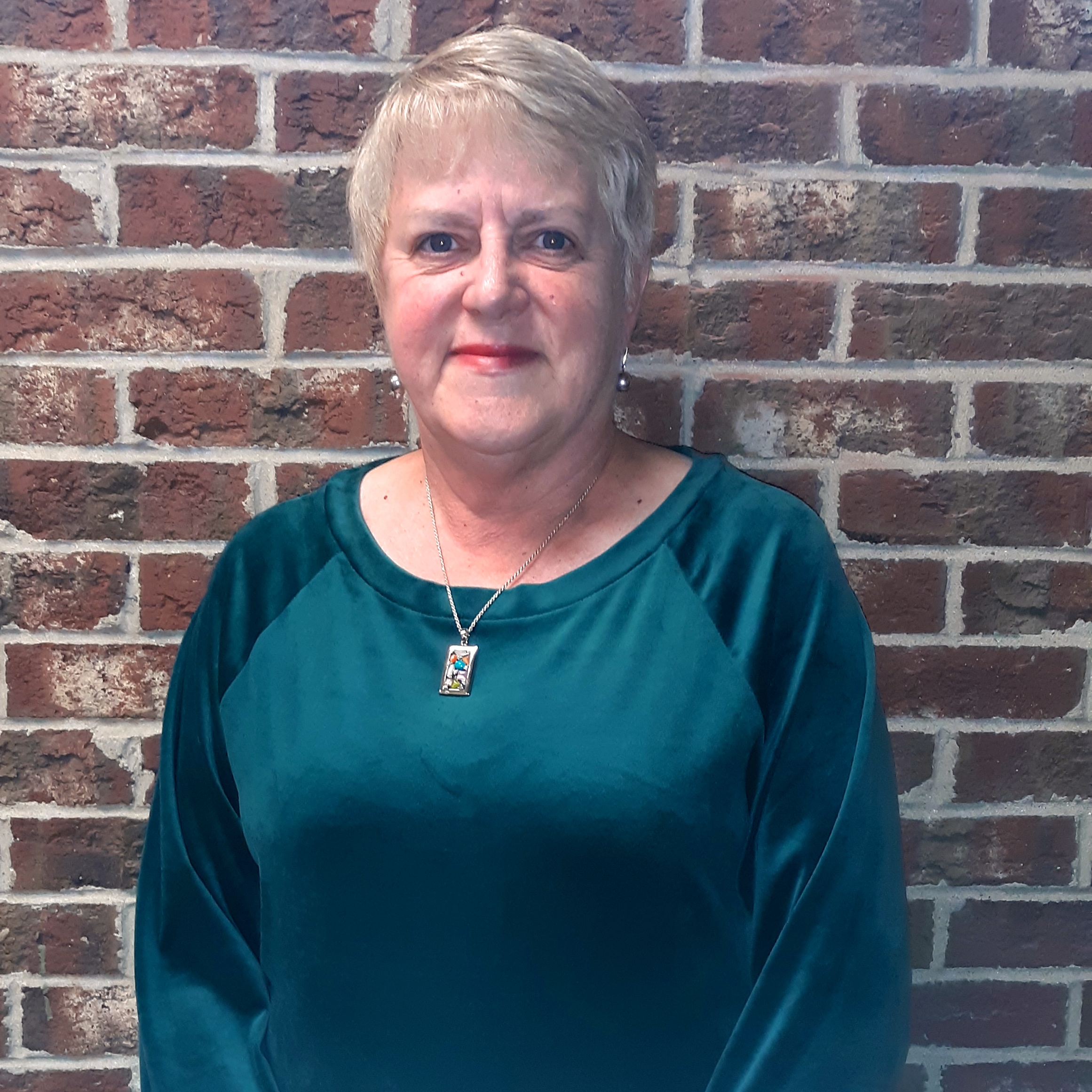 JANET MACKIN — Commissioner 2023
jmackin@nbpd4fun.org
Janet Mackin was installed at the Board Meeting on August 13, 2020, as the newest Park District Commissioner to serve as the replacement for her Mother, Ann Mackin, President Emeritus of NBPD, who passed away on July 12, 2020. Janet has been a life long resident of Berwyn.
She went to St. Mary of Celle grade school and still attends there serving as a Lector and Baptism Instructor.  She served on their School Board as Chairperson while her son Michael attended school there. She also served on the Board for the Lone Tree Area Girl Scout Council following years being a Scout herself thru her senior year of High School, earning the Marian Award.
Janet worked for Gregg Communications for 40+ years starting as the Receptionist and working her way to being the Office Manager.  She retired from there in 2016. Janet is very anxious to carry on the work Ann began but never had time to complete.

JOSEPH C. VALLEZ — Executive Director
jvallez@nbpd4fun.org
Joseph C. Vallez has worked in Parks and Recreation for approximately twenty nine years, he began his career with the Chicago Park District as a Program Coordinator, and later advanced to the position of Superintendent of Recreation.
Joseph held the position of Director for the Chicago Ridge Park District before returning to the Chicago Park District as a Park Supervisor for the Emiliano Zapata Aquatic and Cultural Center. Joseph was promoted and served for six years as an Area Manager for the Chicago Park District where he managed 12 parks and 5 swimming facilities before accepting the position as Executive Director of the North Berwyn Park District, a position he has held since October, 2000.
Joseph has been recognized for his community service, he has received numerous recognition awards including; American G.I. Community Service Award, the Latin American Police Association Community Service Award, the Berwyn Development Corporation President’s Award, the Chicago Park District Rising Star Award, Berwyn Hispanic Organization “Man of the Year” Award.
Joseph has served on community based Board of Director’s; Mujeras Latinas En Accion, the Berwyn Development Corporation, Chairman of the Berwyn Latino Business Committee, Teatro Luna Theatre, Southwest Suburban Special Recreation Association, West Suburban Special Recreation Association, American G. I. Forum Youth Committee, Attorney Registration and Disciplinary Commission.